Upper Mustang is also known as The Last Forbidden Kingdom, locally known as Lo. Before 1992 Upper Mustang was a restricted area which was forbidden for foreign visitors. However, nowadays, the area welcomes a wide range of visitors from all across the globe. The walled city of Lomanthang is considered by some scholars to be the best preserved medieval fortress in the world.

The highlights of the trek are Kaligandaki Gorge (the deepest gorge in the world), Kagbeni (an ancient Buddhist village), Muktinath (a famous place for Hindu/Buddhist pilgrims), Lo Gekar Monastery (the oldest Tibetan Monastery in the world), Thugchen Gompa (four stored Royal Palace) and the museum in Lo Manthang.

An archaeologist has recently discovered thousands of sky caves (which are thousands of years old) carved 155 feet above the ground level. These man-made caves are one of the world’s greatest archaeological mysteries. Along the trail, you can also witness the spectacular view of Annapurna, Dhaulagiri, Nilgiri and several other peaks. Another big attraction in Upper Mustang is the Tiji Festival influenced by Tibetan Buddhism. 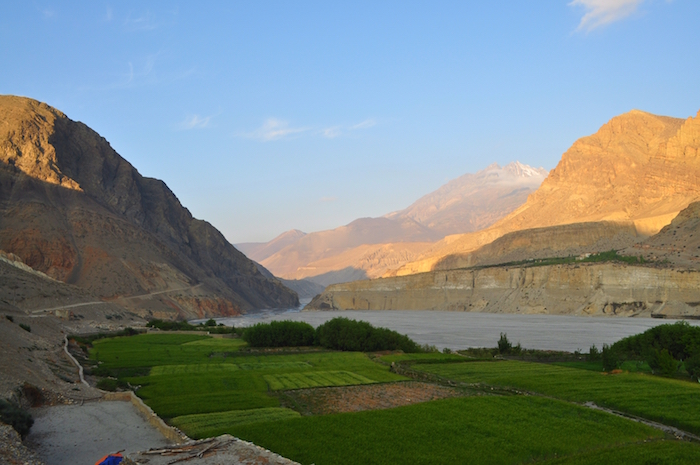 The Mustangi people call themselves Lobas. Socially, the Lobas are divided into three groups, one of which contains those of royal heritage. Rules of society are based on the values of respect and honor. The structure of their families is also based on these and other traditions. One tradition says that the eldest son will inherit the family’s property. When he does, the next son must become a Buddhist monk. Among all the festivals, Mustangi people celebrate Tiji festival, which is commemorated for the victory of Buddha’s incarnation. The festival is celebrated on May 3, 4 and 5.

The trip starts with a 30-minute flight from Kathmandu to Pokhara followed by another 30-minute flight to Jomsom. Trekking then starts from Jomsom to Kagbeni, the entry point of upper Mustang Region. Follow the banks of Kaligandaki River upstream to get to Lo-Mangthang, the capital of the upper Mustang.

April to November are the best months to trek the Upper Mustang. The Upper Mustang is a rain shadow area, which means that trekking in this part of Nepal can take place even in the monsoon season which is mid June to mid September. During the monsoon, trekking other popular trails is not recommended due to the conditions.

Pick Up and Drop

Three meals during the trek

All ground transportation in comfortable vehicle

Two way flight tickets from Kathmandu to Pokhara to Jomsom

Entrance fee for the routes

All paper works and trekking permits

All government and local taxes

Extra night accommodation in Ktm or Pkr due to early/late arrival/departure, early return from the trek than scheduled itinerary

Lunch and Evening meals in Ktm and Pokhara 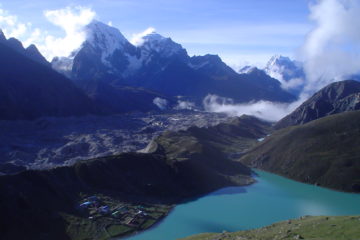 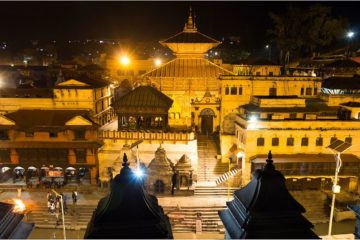 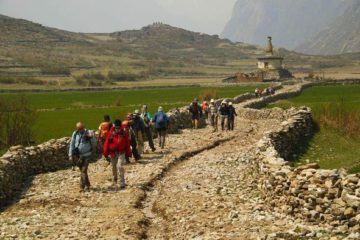