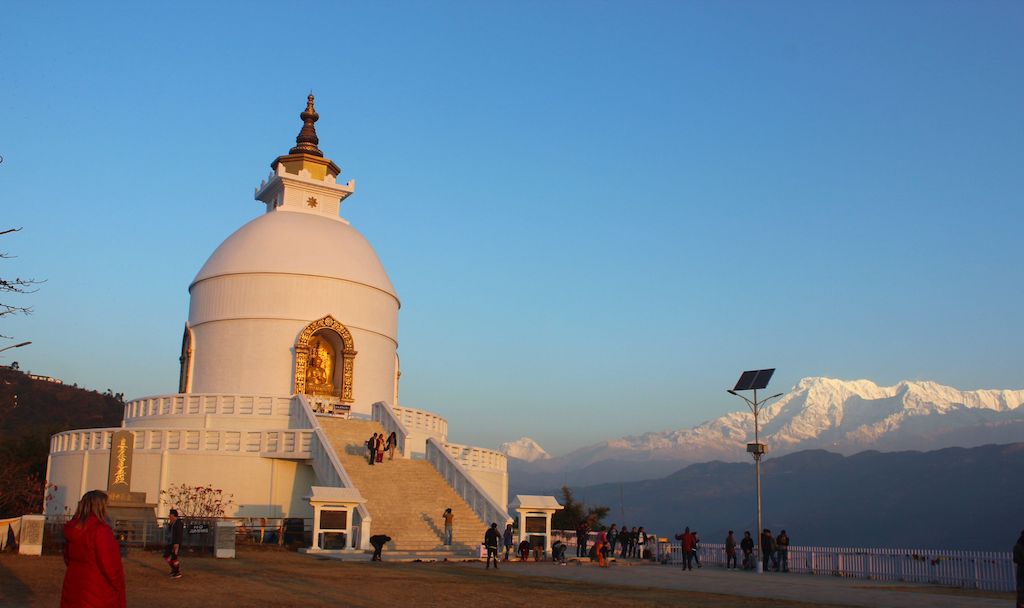 Like most of my trips, which always take place after ages of planning, this was also pending since two years. Some Indonesian and Chinese friends’ visit to Nepal made it possible for the trip to finally occur. There is a saying that it rains when unexpected things finally happen and so was the case with this trip, as it rained all of a sudden on the early morning of the trip. We had hired a van for 12 of us to drive to Pokhara.

After picking up all of us from various localities, we finally left the capital at around 8 in the morning. On our way to Pokhara, we stopped over at River Side Spring Resort for lunch, which is a decent destination, some 3 hours from the capital, where people visit there for a refreshing break, rafting, etc. In about 3 more hours’ drive and just when we had reached Pokhara, we were welcomed by a mesmeric breath-taking glance of the Himalayas. It was not my first view of the Himalayas but this was something special, as the evening drizzle had given an amazing look. Leave alone my foreign friends, even I was awed and dazzled by it. We reached our Hotel in the evening at around 5, which was on the way to the top of the hill (Sarangkot). Later in the evening, we went down to the Lakeside area for dinner, where we had the group’s favourite Chinese Hotpot. We ended the night early since we had planned to go to the top of the hill the next morning for Sunrise view.
After waking up quite early, we reached the top of the Sarangkot Hill (View Top) just in time for the sunrise. The sunrise view didn’t last long due to a bit of cloudy weather, nevertheless, the view of the Annapurna range and fishtail from close was breath-taking. An hour or so later after enjoying the views and taking lots of snaps, we returned back to our hotel to rest for a while, followed by breakfast. The kids in the group enjoyed playing in the garden, whereas, we adults had sunbath with the IMAX view of Annapurna range, which was excellent from the hotel.

We then headed to the paragliding spot, from where most of our friends had a tremendous thrill in the sky, viewing the city, Fewa Lake, Hills and the Himalayas from the top.One of our friend’s 3-year-old daughter was also one of the paragliders (together with her mother) and that was an attraction point for all the people there. After that, we drove down where the paragliders were to land and then headed to the Lakeside area again for Nepali cuisines.
Now, it was the turn of visiting other touristic spots: Davis Fall and then to Gupteshwor Cave. Davis fall was pretty dry, as the place looks completely different and amazing during monsoon season. The cave, on the other hand, was pretty good, as it was my first visit to the place and also due to the fact that it was any cave trip for me after more than two decades.
Whereas the morning time was for the sunrise view from Sarangkot hill, we dedicated our evening to view the sunset from another hill, where World Peace Pagoda is located. Just like in the morning, we had to walk around 15 minutes up the hill from the vehicle parking area. Both the walking journeys were of worth though, as the views of sunrise and sunset, along with other sights were wonderful. Lakeside area and the long walking street is such a delight in Pokhara that we again decided to go there. This time though, we walked along the street for some shopping (mainly for our visiting friends) and finally to a Vietnamese restaurant. Since, it was not much of a drinking, clubbing group, we were back to our hotel quite early yet again. 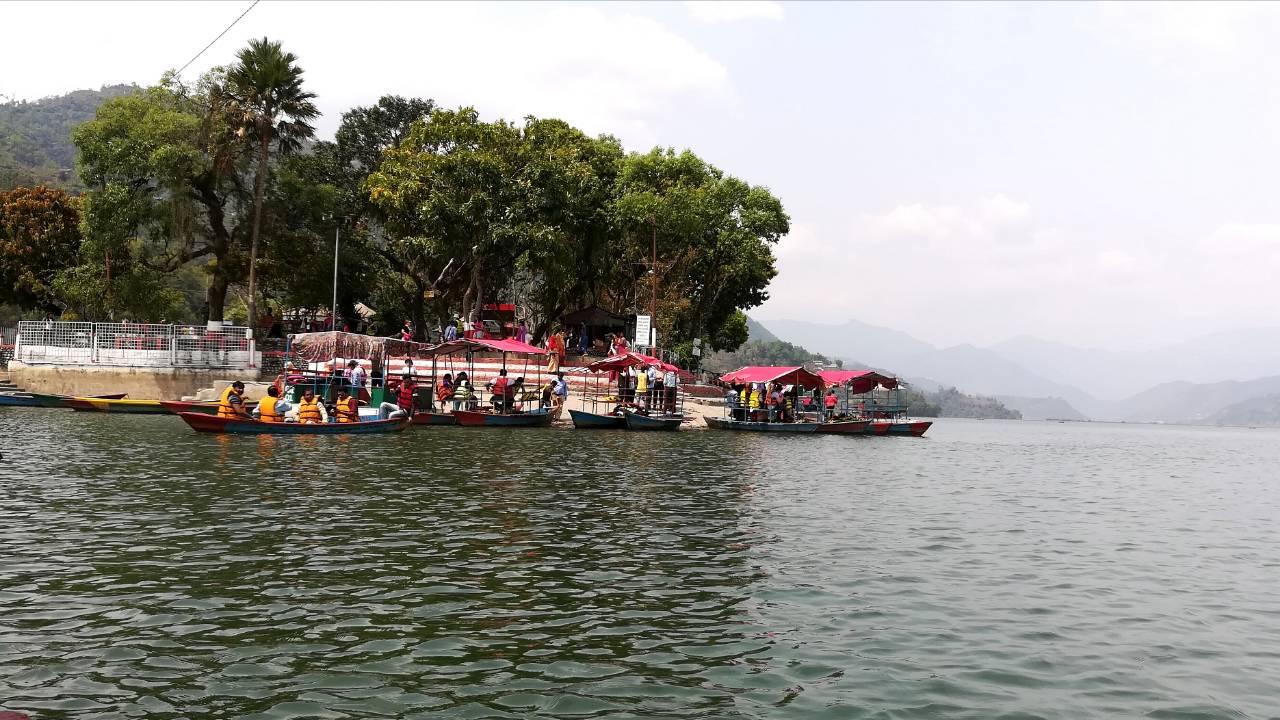 Next morning, after yet another sunbath with the view and breakfast, we headed to the Lakeside, before making a short stopover at Bindabasini Temple. We visited yet another temple (Barahai Temple), which was hardly 15/20 minutes boating from the shore, which is situated in a very small island. Finally, we boated back to our vehicle and drove back to Kathmandu, making a lunch stopover in Mugling.
The other interesting part on my side of this trip is that I can now guide anyone visiting most of the tourist destination places in Pokhara to let them know about all the toilet whereabouts, as I had a terrible stomach problem from the very second day of the trip. The trip was still a wonderful one. At least, now I am also well informed about all the nature call locations.